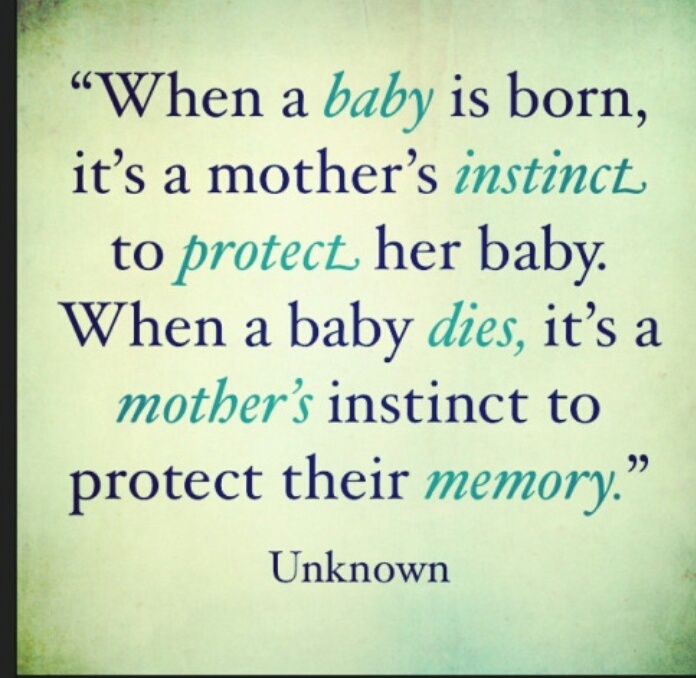 To lose a baby. Its such a common phrase to say, but when you have a miscarriage or a stillbirth, its feels like such a wrong turn of phrase to use for your own baby. But what else do you say? I had 2 miscarriages and a stillbirth and I didn’t “lose” any of my pregnancies or babies, they died. Miscarriage and stillbirth has been in the media lately due to Kim Marsh’s hard hitting and raw portrayal of a mum “losing her baby”. Obviously it wasn’t a portrayal she went through the horrific experience of giving birth to her sleeping baby at 21 weeks. She is now campaigning for babies in the UK born before 24 weeks to be issued a birth cert. The same law is in place here, ridiculously.

Miscarriage and stillbirth (and I use those words separately because they are not the same) are so very common, but yet there is still a problem talking about them. People don’t know what to say so they say nothing or sometimes say the wrong thing unknowingly. Women who have early miscarriages feel like because people may not have known they were pregnant, they cant speak about their loss. But they want nothing more than to talk about the baby they should be still pregnant with, they know exactly how many weeks they should be or the size their baby should be, be it a peanut or a melon. But they’re usually just sitting there with friends or work colleagues nodding their head to how everyone’s weekends went. When a woman is further along in her pregnancy and has to give birth to her sleeping baby, a lot of people in all their well-meaning ways, avoid talking about the baby or saying the babies name. I don’t know if its an Irish thing, traditionally women were told to move on and try again, whats the use in dwelling over it, put it out of your mind… Bereaved parents are sometimes treated like lepers, people avoid them rather than talk about what has happened them. People want them to “Get over” their loss as soon as possible, so things stop being awkward.

I remember after my baby girl died, I met up with a friend for coffee months later and while we gently talked about what happened, she didn’t shy away from talking about Grace and saying her name throughout the conversation. It was the first time I had heard somebody else say her name in a normal conversation bar her dad, it was so comforting and I felt a little bit like myself, because I am a mum, wouldn’t it be strange if people didn’t mention my other living children in a conversation, wouldn’t it be strange if they purposefully avoided saying their name? Yes it would and that’s what it is like when people avoid talking about the loss of a baby. OF COURSE the parents may not want to talk about it, but mention their loss, don’t go out of your way to avoid it.
Even now when I mention my miscarriages or Grace I can see people shift in their seat just a little, simply because they don’t know how to speak about it with me or maybe they are worried mentioning my babies name will make me burst into tears. Remember women want you to speak their babies name, they want you to recognise they have had a miscarriage or a stillbirth, it is not taboo. Maybe there’s a stigma with it because they cannot see the hurt. If they broke their leg, people would see the hurt and the pain. When my friends called to my house after Grace died, one of the first things I did when they arrived was show them her pictures, it seemed to settle their nerves, they could see her and saw how beautiful she was and talking about my loss and her was somewhat easier.

Miscarriage and stillbirths, like most taboo topics need to be talked about more. Make it okay for a woman to feel its okay to talk about her pregnancy with her friends and family, even though she may not have gotten to hold her baby from that pregnancy. Allow her to talk about her babies beautiful chubby cheek or long fingers, even if that baby never took a breath, allow her to speak about her child like any other mum, don’t feel like you need to steer the conversation away from pregnancies or babies. These women have not moved on from their losses they have simply learned to live with them and part of this is to talk about their babies and their losses. Long gone are those days when women were told “try again a healthy baby will heal you”.

I now find it therapeutic to talk about my losses. I had a missed miscarriage at 12 weeks and 4 months later I miscarried again. We had just gotten married and couldn’t wait to extend our family, I naively thought it would be as easy as it was to get pregnant and give birth to my oldest daughter 8 years previous, by our 1st wedding anniversary I had suffered 2 miscarriages and was in A&E with a suspected third. Luckily that was to be our twin boys, they hung in there and were born 6 weeks early healthy and happy. Naivety got the better of me again when I was pregnant with my forth baby, I was shitting myself sitting in the sonographer’s room at my 12 week scan that I would see nothing on the monitor again, but all was fine, strong heartbeat and no problems. I could relax and enjoy the rest of my pregnancy. Grace was born sleeping at 28 weeks in March 2014, hers is a story that I replay in my head at least twice a day. One day I will tell her story because it deserves to be told. For right now though, I am content enough to say this much about my angel, she was a stunning little baby, dark hair, gorgeous little lips and a button nose. Perfection. She was perfection.

So that is my two cents about pregnancy loss, I suppose if you could take away something from this bit of a ramble, it would be to ask that friend who you know lost a baby, how are they now or just give them a hug…or if you lost a baby, talk about them, talk about your pain, if that’s what you want to do. If you want, talk to me. Message me, rant to me whatever you want. PM me on Facebook or Instagram or whatever, but if you want to talk about your loss and you feel you cannot to your own family or friends, please don’t hesitate to contact me. I have added some websites that may offer more professional advice or help.